The captain of New Zealand who played his 101st and the final test, he reached on his 12th test century from just 54 balls. 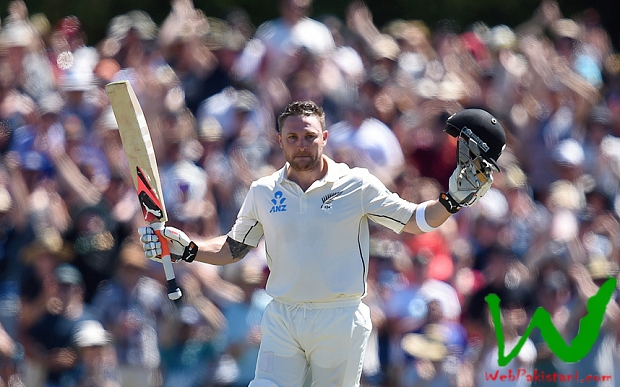 McCullum was also brilliantly caught when on 39 with one-handed effort of Marsh, but the replays on television showed that James Pattinson the fast bowler had overstepped the mark and the captain was reprieved. 34-year-old player then went into all-out attack mode and he reached on his century 24 balls later with his 16th boundary.

In his first 100 runs he also hit four sixes. The player had started the day tied with Adam Gilchrist on 100 career sixes.